After the German occupation of Denmark in April 1940, Navy (Kriegsmarine) headquarters was established in Copenhagen. The headquarters was the command center for all of Denmark and in early 1943 was designated Admiral Dänemark. Later same year, the construction of command bunkers began in the Havreballeskov near the city of Aarhus.

In the summer of 1944, the casting of bunkers for a new headquarters near Friderikshøj began. This was to become the headquarters of the German air defenses in Denmark. (Flugabwehrkommando Dänemark). Placed on a hilltop to keep communications with the outside world, the headquarter was places in a large bunker (Fl250). After the war the Command bunker was used by the Danish military, but is no longer used today. A military signals station was built close to the command bunker after the war, and is still in use today.  As a result the entire area is an active military post and is closed to the public. 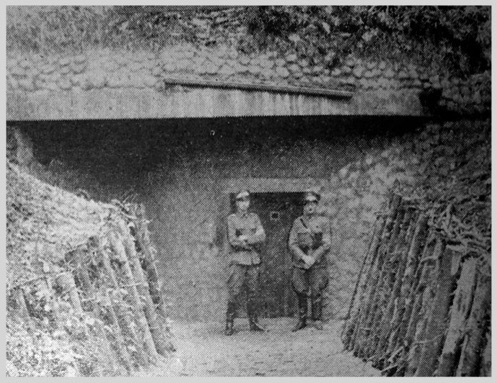