After the German Fallschirmjäger, or parachutists, took Crete in 1941, with severe losses, a memorial was built to their memory

On a small hill near the city of Chania, the memorial consisted of a rectangular concrete column on a rock mound. On top of the column was a diving eagle, the symbol of the Fallschirmjäger. A stone stairway led from the roadway up to the top, where a plaque and bust honored the fallen.

The memorial remained, untouched, after the war. During a storm in 2001, the eagle was blown off and destroyed. In recent years, the memorial has been the target of vandalism. 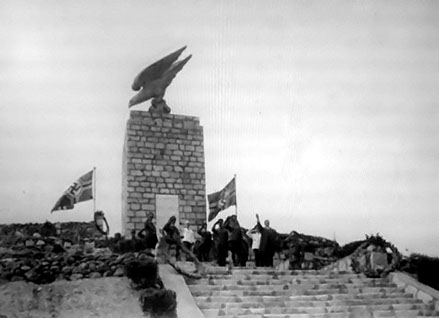